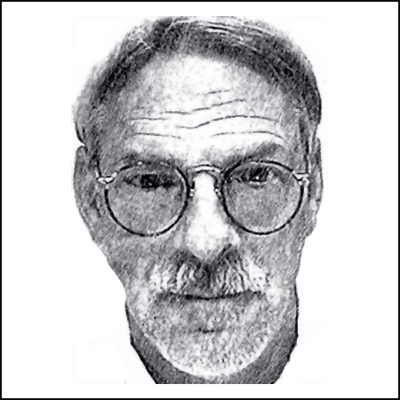 Charles W. Fisher, Jr. (or Chad as he has been known throughout his life) took over the editorship of The Hagerstown Town & Country Almanack in 2001, the first year of the 21st Century, when his father, Charles W. Fisher, retired after serving in that position for 27 years. Fisher represents the direct ancestral link to John Gruber, founder of The Almanack and carries on a family tradition that spans over 225 years and 5 generations.

Fisher was born on May 23, 1949, grew up in Bucks County, Pennsylvania, and attended Neshaminy High School. After graduating from The College of New Jersey, where he earned a Bachelor of Science degree in Secondary Education / History, he spent 5 years teaching Advanced Placement American History and Social Studies in the Greater Egg Harbor Regional School District, Mays Landing, New Jersey
In 1980, Fisher joined the IBM Corporation as a Field Engineer and soon advanced to technical computer sales where he served as an sales executive from 1983 to 2000, marketing information technology systems hardware and software to major U.S. telecommunications and media corporations that included AT&T, Bell Laboratories, Lucent Technologies, The New York Times, CBS, Inc, Capital Cities/ABC, and NBC.  From 2000 to 2005, Fisher developed and maintained IBM's  Small and Medium Business territories in the Philadelphia / Delaware Valley Area, managing both direct-sales accounts and supporting certified business partners marketing on IBM's behalf.  In 2006, he led the electronic storage sales effort within the Pharmaceutical Industry, supporting AstraZeneca, Bristol-Myers/Squibb, Glaxo-Smith Kline,  Johnson & Johnson, Merck, Novartis, Pfizer,  and Schering-Plough.
In 2007,  Fisher retired from IBM after 27 years, and now, in addition to editing and publishing  annual editions of  The Almanack, is responsible for all publicity, the development and distribution of its monthly newsletter, and manages its website and social media content.  And he also provides operational/marketing support for his wife, Judith's personal styling and esthetics business and plays drums in the local Beatles tribute band, Hearts Club Band.
Fisher has 3 sons: Charles III is currently residing in Alabama, served in the United States Marine Corps, rose to Regional Sales Manager with Dixie Homecrafters and Gutter Guardian, Inc., and is now managing the sale of installation services across multiple regional and national  retailers such as Sears, Lowes, and Home Depot in Alabama,  Geoffrey resides in Bolivia, North Carolina, is a graduate of Temple University's College of Liberal Arts, served as an intern with the State Department in 2012, was a volunteer research assistant at The David Library in Washington's Crossing, Pennsylvania, received a Master of Arts degree from The American Military University, Manassas, Virginia in 2017 and is currently doing volunteer work at The North Carolina Maritime Museum in Southport, North Carolina;  Jonathan is a graduate of Johnson & Wales Culinary Arts School, Providence, Rhode Island.  He has worked at Le Bec Fin, Philadelphia, Pennsylvania, The French Laundry, Napa Valley, California, El Celler de Can Roca, Girona, Catalonia, Spain, The Umstead Hotel and Spa, Cary, North Carolina, and currently,  at The Edition Hotel in West Hollywood, California as head pastry chef.
Order The Almanack
Order the 2022 Edition NOW