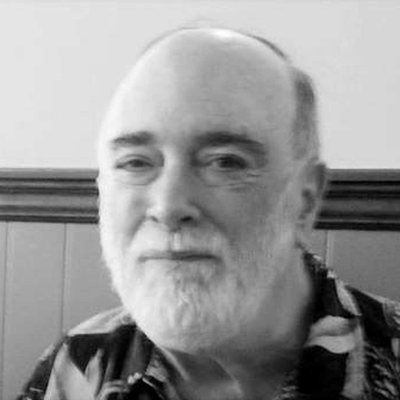 Bill O'Toole, the 7th to serve as weather prognosticator for The Hagerstown Town and Country Almanack retired from that role in 2019.  O'Toole had been predicting the weather and calculating astronomical data for detailed calendar pages of  The Almanack since 1969,  which made him the longest-serving prognosticator in The Almanack's 225-year history of continuous publication (almanack.com/almanack-history4).  During his 51-year tenure, O'Toole has developed his own 'unique technique' of weather forecasting that combines traditional methods of solar and lunar charting that have been handed down over the years with advanced computer software custom-developed by O'Toole for his purposes. As a result, O'Toole's level of accuracy predicting the weather rivals most meteorological experts and even the National Weather Service! And remember that all of his calculations and predictions are made 18 months in advance!  Despite his official retirement, O'Toole intends to remain closely-associated with The Almanack and will continue to contribute his unique skills, vast experience, and insights to its evolution for many, many years to come!

Bill O'Toole was born on May 27, 1942 in Waynesboro, Pennsylvania. As a teenager he became interested in amateur astronomy and was certain he wanted to be a space cadet. After graduation from St. Maria Goretti High School in Hagerstown, Maryland, he entered Georgetown University to major in astrophysics. Along the way he discovered computers in 1962 and decided to change his major to mathematics. He obtained the B.S. degree in math education from Mount Saint Mary's College in 1966, joined the faculty three months later, and retired in May 2007 after 41 years of teaching mathematics and computer science. Upon his retirement, he was named Professor Emeritus by Dr. Thomas Powell, President of Mount Saint Mary’s University.
O'Toole obtained an M.A. in mathematics (topology) from the University of Maryland in 1975, and later took several courses in a PhD program in computer science. He chaired the Department of Math and Computer Science at the Mount from July 1992 through June 1998. His students will tell you his dream has come true -- he is a space cadet!

O'Toole lives in Emmitsburg, Maryland, just 14 miles from Waynesboro, which proves he never got very far. Since 1969, he has been the Prognosticator for the Hagers-town Town and Country Almanack. He has also written for two other almanacs, one for the entire continental USA and the other for Quebec Province in Canada. From June 1969 to June 1991 he was a computer consultant and applications programmer on a part-time basis at the U.S. National Bureau of Standards (now National Institute of Standards and Technology) in Gaithersburg, Maryland. He was a 20-year member of the Board of Directors of the Frederick County, Maryland Symphony Society, affiliated with the Baltimore Symphony Orchestra. His hobbies include cross-country skiing; collecting classical recordings; amateur astronomy; writing software for computers; and foreign and domestic travel. He has traveled in Austria, Australia, the Bahamas, Canada, Costa Rica, the Czech Republic, England, France, Germany, Ireland, Italy, Mexico, New Zealand, Peru, Scotland, Tahiti, Wales, and Western Samoa.